Leadership Lessons —The Courage of a Leader

Previous Next
Leadership Lessons —The Courage of a Leader

Winter is coming. Summer seemed to end like a light switch going off, and the crisp Fall days are getting shorter and shorter. In the Northwest we got a glimpse of the coming season with the earliest snowfall since 1973.

After a busy work week television is a great way to give my mind a break. I know I am not the only one who’s gotten caught up in the series Game of Thrones. I have a love hate relationship with the show I find far too graphic, and admit to covering my eyes through several scenes of the epic battles with the dead. Forget needing to find a Halloween thriller last month—the show provided everything and more. Despite this, the hook is a riveting plot and fascinating characters, and majority of us are enamored by one of the main characters, Jon Snow.

Jon Snow, the brave champion in Game of Thrones, is a leader everyone wants to follow. Snow’s plot evolution makes us feel connected to his character—starting as an underdog makes his leadership skills most compelling. Born a bastard without any titles, he finds himself in the role of Lord of Winterfell. In a world mimicking a chess game with deception running rampant, Snow is set apart as a man of his word, with a genuine heart and care for his people. Snow is the type of leader who rolls up his sleeves and gets alongside his men in the fight, no matter the challenge, and no matter the threat. His supporters will go to battle and face their own death to follow him.

We may not be facing winter zombies in today’s world, but all of us run into immense challenges from time to time that threaten to paralyze us. When this happens, we need to have the courage to make bold decisions, often despite our fears, to be the eye in the storm for our teams and businesses. Being a strong leader doesn’t mean we won’t be afraid, in fact, fear is a normal emotion that comes with growth and change. The difference is a strong leader will step up and into the challenges that come their way and equip their team members to do the same.

In your life, where do you need to roll up your sleeves and dive into the muck? You have an opportunity somewhere to be courageous. Leadership like this will be catchy. Not only will you see significant progress in your organization when you show courage, others will be inspired to do the same.

“The only time a man can be brave is when he is afraid.” – George R.R. Martin

“It is not the critic who counts, not the man who points out how the strong man stumbles, or where the doer of deeds could have done them better. The credit belongs to the man who is actually in the arena; whose face is marred by dust and sweat and blood; who strives valiantly; who errs and comes short again and again; who knows the great enthusiasms, the great devotions, and spends himself in a worthy cause.” – President Theodore Roosevelt 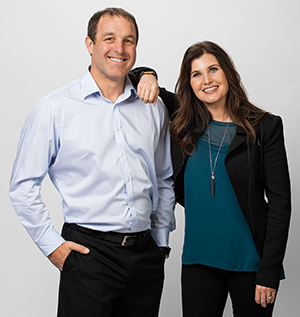 Inspire breakthroughs in leadership and life

Transform your leadership and love your life